LETTER FROM A GUANTANAMO JAIL

“They had to make us suffer for our beliefs.”

Note: Ramón Rigal wrote this letter shortly before his wife was released from jail on March 27. He is still imprisoned for homeschooling.
To the church of Cuba, the people of Cuba, the churches in other countries, our brothers and sisters in Christ, other nations, Home School Legal Defense Association, the UN, OAS, UNICEF, INTERPOL, and other organizations that safeguard and defend human rights in the world:
My name is Ramón Rigal Rodríguez. I am a Christian and a pastor by the grace and will of God. In accordance with the Bible, we must not lie, not even when we are in difficult situations—not even in jest. Because of this, everything I will relate is the whole truth, and serves to refute the sinister lies of our country and its authorities regarding our case.

A Matter of Conviction

Through my life studying the Scriptures, I understood that it wasn’t right to take my children to a place where they are taught things that are contrary to our Christian principles.
I undertook the task of speaking in person with the education authorities, where I presented my complaint and hope for resolving the problem. That is, I presented practical alternatives. But it was all in vain.
The authorities were all prejudiced and seemed like robots programmed to say the same thing. They all threatened to take us to prison and take away our children. They never gave us a practical answer for resolving the problems.
Upon seeing such overbearing and arbitrary attitudes by officials, in addition to the violence that the children were enduring at school, I presented a proposal. It was based on my examination of the constitution of Cuba, penal code, and international laws to which Cuba is a signatory.
My wife and I offered to undertake the task of teaching the children at home, a form of education called homeschooling. It is also a biblical model according to Deuteronomy 6:6–7.
The school did not grant us any curriculum, so we searched for it ourselves.
However, the authorities used their own recalcitrance against us. My wife and I were sentenced to a year of correctional work without detainment, and one of the arguments they used in the trial was that we didn’t have anyone to accredit the children’s grades.

Scholarships and a New Direction

Then for the 2017–2018 school year, a Christian school we didn’t even know existed—called Colegio Hebrón—wrote to us and gave us two free scholarships for our children.
We filled out some forms and sent them to the school by mail. We also requested that they send us a document to present to the education authorities confirming that our children would be enrolled in their school, thinking that it would solve our problems since we then had someone to accredit the children’s grades. In this way, we thought, our children would be able to finish high school.
The educational authorities rejected this as well, but we chose to provide the program for our children anyway. The Christian curriculum was very professional, and we saw that it was really what we were seeking.
Our children became very happy. The educational contradictions were gone, and we soon saw the academic results, too; that is, the schooling was effective in every way, and despite the limitations of the legal penalties placed on my wife and me, we were able to complete our first school term with Colegio Hebrón. It was a complete success, despite the obstacles and threats of the authorities.
After that, we received curriculum for two more terms for our children. We were also visited by brethren from Guatemala who were part of Colegio Hebrón.

We asked them many questions about the school’s academic level, and they told us that Colegio Hebrón was one of the best Christian schools that teach in Spanish. We saw this in the variety of assignments and programs that they had; furthermore, it all aligned with scriptural principles and our standards of faith.
Other Christian parents we know also learned about Colegio Hebrón. Their children were also having trouble in the schools, just as every Christian parent struggles when compulsory education conflicts with Scripture’s teachings.
But by God’s grace, international laws like Article 26.3 of the Universal Declaration of Human Rights exist, which delegates the natural right to choose an educational system to the parent. In other words, education is compulsory, but the parents are the ones who choose the type of education that shall be given to their children—and that’s what we did.
We never stopped teaching our kids, nor did we criticize or offend the Cuban educational system; we only chose a different system that was aligned with our standards of faith.

Officials said we had offended the Cuban educational system by choosing another one for our children, but that was not true. It is clear that since 1959, all the religious schools and all types of Christian education were removed and another educational system established. And although all Cubans have access to a free education, it does not address all our needs, as most of the state’s teachings are contradictory to the doctrines of faith. It is no secret how difficult it has been for the children of believers to be in the schools because of the mocking and offenses from both students and teachers.
This has changed somewhat. Certain faith-based things are tolerated in schools, but this reform has not fully solved the problem because the foundation of Cuban education is atheist, which members of the ruling communist party themselves will say.
It is completely incompatible with the norms and principles of faith. Many people think that we can let one person teach our children one thing, and that afterwards, we parents teach what we believe. But this is foolishness and horrific.
We are talking about children—innocent creatures in whom we are sowing confusion at an early age. And this is what has happened: The great majority of children abandon and reject Christian teachings when they reach high school.
Upon opening their eyes to this problem, other parents we know also opted to give their children a different education—based on a Christian curriculum.

Then the authorities in our province misinterpreted everything and took this as a political disturbance. They discredited us, slandered us, and said that we gave things to parents so that they would withdraw their children from the schools.
They even said that the Miami mafia was paying us to do it, that they gave us a laptop and plasma TVs. It was a great slander. And they, saying we were ringleaders, imprisoned my wife and me.
Our treatment in prison has been terrible. Authorities have refused to give us our rightful benefits—such as conditional liberty for my wife, and my being moved to minimum security so I can go to work and see my children more often, as now I can only see them once a month for two hours.
I have not been physically tortured, but I have been psychologically tortured. And one kind of torture is as bad as another.
The authorities were not satisfied that the children were put in school against my will. They were already studying in a school, but they had to enroll in one that the government imposed on them.
On top of this, the authorities confiscated the laptop, two one-terabyte hard drives, and literature from the Christian school. In other words, they have robbed us of the aid that was sent to our family, sent for the care of our children. (And whoever it was who sent it—thank you.) They justify this by saying that the assistance is coming from a counterrevolution center.

The authorities simply want to block us out, prevent our children from receiving any aid, and keep our family separated. As of the writing of this letter, we have been apart for eight months and ten days—all for choosing an educational system different than the one the government imposes.
This can be rightly named an act of terror against the family and believers. The authorities know they are doing this, because they are psychologically torturing us all—mom, dad, and the children. This cannot be called anything else.
The children cry every time our visits end. They often cry at other times as well.
My oldest daughter developed a nodule in her throat because of all the stress. I talked to some of the prison officials about it, from the unit chief to others, but no one has resolved the problem. They have just one mission: to destroy the family and its ideals by separating the family.
I ask international institutions that defend human and child rights to advocate against this, to call on Cuba to cease their hostility and to give freedom to my wife and to me, so that we can be with our children as the family that we are.
We need help, because our government won’t accept our claims to freedom given to us by international organizations and family courts. In order to secure their power, Cuban officials are intent on keeping families divided. I declare this to be a barbaric act, an act of terror, an attack against families. Therefore, I denounce this. Let INTERPOL act because this policy amounts to child abuse and government corruption. Everything that provokes the suffering of children is child abuse.
When they admitted my son into the hospital and took me to see him, I asked that they not take me handcuffed. They said they had to do it that way. Either way, I wanted to see my son. I thought this was an act of generosity on their part, but it was just another way to humiliate me and torture the children as they saw me handcuffed and in chains. When I left, I was told later that my children were crying and that this sight truly harmed them.

A Call for Justice

I am a Christian, and everything I have said is true. I have added nothing beyond what has happened. On the contrary, there are things that I have omitted to save paper.
For those who may question why my family remained in Cuba under such oppression, I can only say that we tried to leave. When it became clear that we would not be permitted to homeschool, we decided to travel to Guyana. HSLDA paid for our tickets to leave the country and go there.
But I was summoned by the police, who told me that I had a migratory restriction and that I couldn’t travel. They formally detained us, and even the ticket money was lost. They not only wanted us to think like them, but also to be unable to solve our problems by leaving the country.
As the Bible says, “If they persecute you in one city, go to the next.” But they did not allow that either. They had to make us suffer for our beliefs.
I pray to God that they would open their eyes to understand, and that justice would be done against this colossal injustice. May God help us. May God bless His people.
Sincerely yours,
—Ramón Rigal Rodríguez
Förföljelse Hemundervisning Kuba 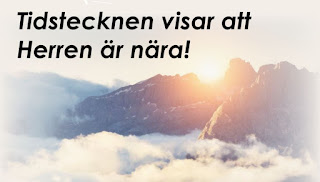